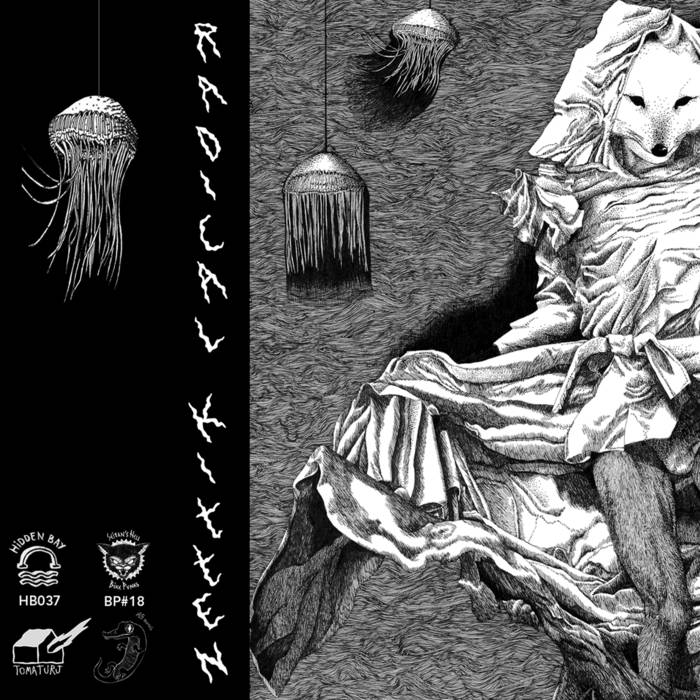 many_moods Finished in one sitting and I came out different on the other side. For what makes riot grrrl great, you can't go wrong with Radical Kitten. 👍 Favorite track: Shitty Questions.

vinyljon Loud, punky, noisy. And I couldn't tell you if it's being sung in French or English. Which is how it should be!

"All the tracks here are non-linear, veering from no wave to pure chaos (“Sorry”) to more psychedelic, as on the dark, echoey “I Don’t Wanna.” There are no skips on this album, though the strongest track might be the thundering “Say Shit,” with its jammy ending that borders on shoegaze." Best Punk on Bandcamp (October 2020)

Radical Kitten is a queer and feminist Toulouse-based band, formed in 2018 by Marion (drums), Iso (guitar) and Marin (bass, vocals). Having previously released a 3-track demo, ‘Contre-nature Han’, the kittens have built a solid reputation as a live band in the South of France. Influenced by post-punk, noise and rrriot punk, their sound is tensely drawn between incisive riffs and chanted vocals. ‘Silence is Violence’ is an ambitious debut album, full of rage against social violence, dealing with transphobia, homophobia or sexism. All Cats Are Beautiful!

Iso is also a member of To The Moon and Back (aka the band I've seen the most live and whose EP we were lucky enough to release two years ago) and we're thrilled to be involved with a very different -although equally uncompromising- project.

Recorded an mixed by Manuel Duval at La république des Granges in february 2020, mastered by Miquel in May 2020. Drawing by Anne Careil.

Please send us an email if you wish to buy several items from our catalogue so we can try and save postage costs!

Bandcamp Daily  your guide to the world of Bandcamp